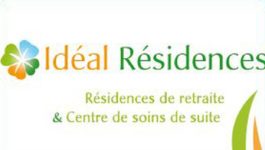 We assisted the director of Idéal Résidences in the reconfiguration of his group, during the integration of Eurazeo PME into its capital.
Founded in 1978, Idéal Résidences is a group of retirement homes composed of 5 ehpads in the Ile de France region. The former head of the group, Patrice Mayolle, has dedicated his life to the well-being of the elderly. To this end, he has allowed all his residents to have access to rigorous and quality service while benefiting from an environment adapted to the improvement of their living conditions, promoting their spiritual and physical well-being.
In addition, it has published several novels, La vie en mieux, published in 2016 by Presses du Châtelet and Et Dieu… créa les vieux, published in 2017 by Glyphe Editions. In his books, he dismantles the fear of growing old and suppresses the cult of youth. He inspires a reflection on the place of our elders in today’s world.
As an indication, the director sold all his shares to Eurazo PME in 2015.