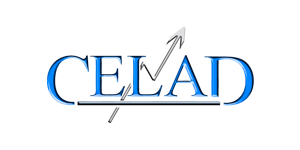 We are pleased to announce the selling of Profilhom, owned by its CEO and founder, to Celad Group, a company specialized in Information, Consulting Technology services and products, mainly dedicated to French majors.

I-Deal Development helped its Client in his selling project, of the company he founded and led since 2008. Previously involved as managing director
in several different IT services companies, Profilhom’s CEO had built his company with a strong human vision of its core, wishing to offer field
expertise and reactivity to answer growing client’s demand, especially in the digital business.

In the course of I-Deal Development’s procces, and after multiple expression of interest from French groups, the seller has been convinced by group
Celad’s dimension, also carried by its owner. This takeover especially allows the Toulouse-based company to consolidate its activities in Paris,
enhancing its revenues with an additional 6M€, and approximately 70 people, on the development expertise (JAVAJEE, Oracle…).

Frederic Bonan’s team was able to answer its client’s specifications, by providing relevant support as part of his trades with the buyer, and ensuring
that the best terms for his exit would be obtained (price, transition…).

Celad’s project has been a deciding factor in the seller’s final decision, who finally whose this takeover solution.

This transaction enables Celad group to reach the symbolic 1.000 people step in a highly competitive IT sector.