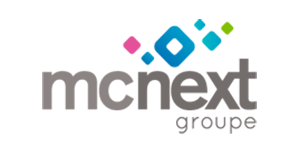 I-Deal Development has advised MCNext Group’s shareholders in its strategic merger with Econocom (BE0974266950). Since its founding in 2007, MCNext group has strategically positioned its offers as a Microsoft specialist. Directed by Hubert de Charnacé (CEO), the company has grown quickly through 5 skill centers’: SharePoint, Dot NET project, Microsoft decisional, Dynamics CRM and BizTalk. His teams operate in France and Switzerland, particularly for French and international clients in specific fields such as: Banking, BtoB, and Telecommunication businesses. With 16 M€ revenues and due to his 200 experts, the controlling shareholders have mandated I-Deal Development to find them a liquidity exit while offering a new chapter to the teams. Econocom featured all the convincing criteria and guarantees in order to convince 100% of the shareholders.

Econocom is an European group listed on the Brussels Stock Exchange (2.3 billion € revenues); it is one of the worldwide digital transformation’s specialists. In 2016, Econocom created the Infeeny branch which is a fully dedicated center to Microsoft’s technologies. The merger of the two entities will allow them to become one of the leaders in the Microsoft integration tools, with 350 employees, in France and Switzerland. This transaction is an opportunity, for both companies to reinforce their relationship with Microsoft and enhance their multiple Microsoft gold certifications. Hubert de Charnacé says, Infeeny’s CEO says: “the team skills are perfectly complementary and we also share the same business vision”. “Together we are going to grow a unique Microsoft expert player within the Econocom Group”. He adds: “I-Deal Development has brought relevant advises on every steps of the process, and has helped us, through numerous meetings, to refine our thinking”.