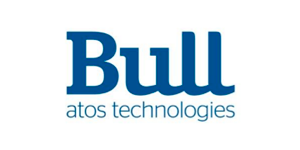 We are pleased to announce the affiliation of FastConnect (~ 120 people), a major player in distributed application architectures, to the listed BULL Group (FR 0010266601), which has a turnover of €1.3 billion and employs 9,300 people worldwide.

After having been supported for the first time by I-deal development in 2010 (majority sale), FastConnect, alongside its founding shareholders and its CEO, Mr. Jérôme Sandrini, as well as the Odyssée Venture fund, a new shareholder since that date, wanted to allow the company to enter a new phase of its development.

In the space of three years (2010-13), FastConnect, one of the last independent French companies in the Cloud and Big data business, has seen its turnover triple.

This period of consolidation of its assets has enabled the company to structure itself and multiply its value. The Chairman and CEO, Jérôme Sandrini, who was looking for a new solution to ensure the long-term future of its offering to its customers, decided to work closely with the Bull Group because of the complementary technologies that the Group brings to it.

According to Jérôme Sandrini, “Bull has been able to highlight all its strengths and provide us with all the guarantees we need to offer the best project for the company, its shareholders and its employees.

As Thierry Siouffi, Executive Vice-President of the Business Integration Solutions Division, commented: “This acquisition will enable Bull to accelerate its development in the Cloud and Big Data” and “to be one of the only players capable of offering a fully integrated Cloud offering, from infrastructure to application”.

Given its historical proximity to the management team and its experience of the market (300 transactions), the shareholders of FastConnect have given an exclusive mandate to I-Deal Development, in the person of Mr Frédéric Bonan (former CEO of the Altran Group), to carry out this transaction under the best possible conditions and in the shortest possible time for all parties. Jérôme Sandrini confirms: “I-Deal development has shown great professionalism and unique know-how in supporting this complex operation”.