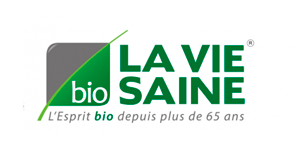 Founded in 1958 by the Rémy family, La Vie Saine is a pioneer in the French 100% organic products retailer. Deeply rooted in East France, the group has a 10 shops network spread in Burgundy, Occitania even in the Parisian area or Bordeaux. Thanks to a robust growth for over two decades, the group plans new opening in the existing distributing area. The group has more than 126 employees and generate 23 millions euros revenues.

The CEO, Founder’ son, Mr. Yves Rémy has mandated I-Deal Development for its previous experiences in sell-side deal, and it understanding of the organic sector in France (More reference possible). After a short-time negotiation in the deal process, Mr. Rémy’s choice was Mrs. Pascale Cartier’s offer. She demonstrated her capacity to development the potential of the business by keeping the Rémy family’s legacy and La Vie Saine values.

The deal has supported by two top ranked investors, BPI Investissement and Cabestan 2 (Edrip), both of them were convinced by the strength the brand has (implanted in the city-center and in the peripheries) and by the experience Mrs. Cartier has in the “Bio” market. One of the key objective of this operation, was to permit La Vie Saine to scale up in the competitive “Bio” Market.

“The active mediating role of I-Deal Development has been more than essential in the success of the deal ! We don’t sell our company every day. Personally, it was premiere. I’ve already bought companies in the past, that’s how I get in contact with I-Deal Development, I remembered to appreciate their work. But this time, it was a whole new exercise. Even if I knew local actors, I needed a broader view, actor with a global vision of the market and the stakes. From this point of view, it was simple, I-Deal Development was a perfect match. Their capacity to truly listen give them the ability to understand like no other the product, our job and culture. They’ve shown our identity, they valued it and defended it until the closing. I’m entirely satisfied by their work, I’ve already recommend them. With my entire trust” – Yves Rémy